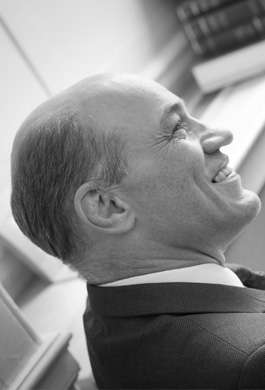 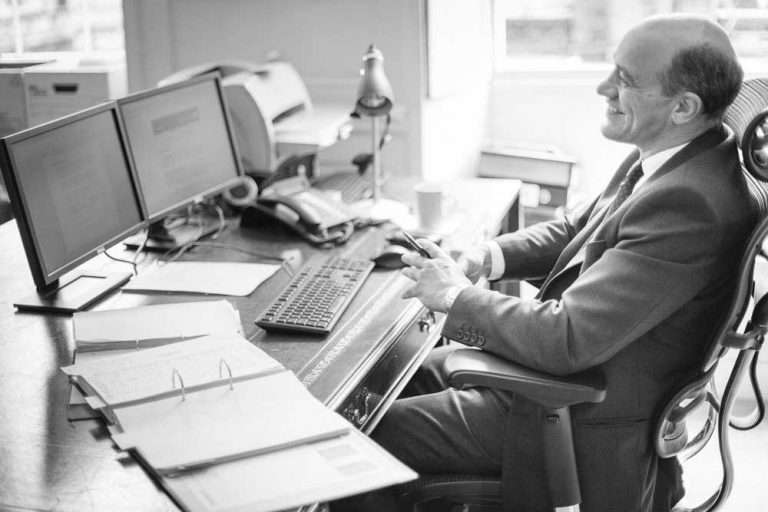 “He is a class act and incredibly clever. As an advocate, he is measured, effective and calm.” “He managed to identify a new angle, and it was the piece of the puzzle that unlocked everything. He was able to distil issues and communicate to clients quickly, and remain calm under pressure.”  Chambers & Partners 2022

“A technically excellent silk. He can break down and explain complex principles in a very client-friendly way.”  Legal 500 2022

“He has impressive intellect and reassuring calmness.”  Legal 500 2020

“He is incredibly knowledgeable and has a lot of gravitas before the court.”  Chambers & Partners 2017

In brief: Nicholas was appointed QC in 2011. Before that he was on the “A” panel of Junior Counsel to the Crown for 11 years. He was appointed a Deputy High Court Judge in 2018 sitting in the Chancery Division and in the Patents Court.  He is recommended in Chambers and Partners and The Legal 500.

Intellectual property: Nicholas’ practice covers a broad range of UK and EU intellectual property rights and he has acted in both UK and General Court litigation. He has extensive experience in cases where there is a contractual dispute over intellectual property rights or the provision of IT services.  In such cases, his experience in commercial and insolvency law is invaluable.  Many of these cases raise questions of construction.  A recent example is the Stretchline v H&M Hennes & Mauritz litigation which concerned a contract settling a patent dispute and raised issues of construction of both the contract and of the underlying patent.  Having acted for the Crown in a number of cases involving breaches of confidence by Crown officers, Nicholas now regularly acts in commercial cases involving breaches of confidence.

Nicholas is a joint editor of the leading copyright textbook – Copinger & Skone James and he wrote the designs section of that book. He is also a co-author of Caddick & Longstaff‘s User’s Guide to Trade Marks and Passing Off.  He frequently gives talks and seminars on intellectual property matters

Commercial/Chancery: in the commercial and chancery field Nicholas has particular experience in insolvency and property law.  Whilst he was on the Treasury “A” panel, he appeared for the Secretary of State and the Official Receiver in numerous public interest winding up and directors’ disqualification cases. He also acted for the Attorney General in test litigation over the treatment of certain types of debt in insolvency as well as in a number of charity cases.  He has also appeared in many leading property law cases and has acted for the Land Registry in relation to land registration and Indemnity issues.

In the field of probate Nicholas was, until 2015, an editor of the leading textbook – Williams Mortimer & Sunnucks on Executors, Administrators and Probate. He was also a member of the President’s Working Group on the Non-contentious Probate Rules.

In the trusts sphere, Nicholas has acted for the Attorney General in drafting a charitable trust deed and for the Government in drafting and advising in relation to trusts governing the distribution of independent living support payments and the functioning of the Air Travel Reserve Fund. He recently represented a class of beneficiaries in litigation involving entitlement to trust money held by Equity, the actor’s union.

Teaching and speaking: Nicholas has taught intellectual property law to trainee trade mark and patent attorneys at courses run by CITMA, Queen Mary College University of London and Nottingham Trent University.  He has also taught land law at St Edmund Hall, Oxford and contract and tort law at Oxford Brookes University.  He is a regular speaker at lectures and seminars run by Hogarth Chambers and at training events given ‘in house’ at various solicitors’ firms.

Chambers and Partners
“He is a class act and incredibly clever. As an advocate, he is measured, effective and calm.” “He managed to identify a new angle, and it was the piece of the puzzle that unlocked everything. He was able to distil issues and communicate to clients quickly, and remain calm under pressure.” (2022)
“He is a cerebral and robust advocate. He is quick to grasp the really important points and is good at building a rapport with the lay client.” (2021)
“He has a calm, reassuring demeanour and provides clear, practical advice.” (2021)
“He provides down-to-earth advice and succeeds in distilling complex issues into a digestible form for clients.” (2020)
“He is incredibly knowledgeable and has a lot of gravitas before the court.” (2017).
“He’s able to keep on top of incredible amounts of evidence. When deluged with documents he remains calm when most would shudder under the desk gibbering.” (2016)
“Nicholas Caddick has a broad and successful Chancery practice with particular emphasis on insolvency and company law. He is equally renowned for his specialism in intellectual property matters.” (2014)
“Measured and comprehensive … his practice has a long reach.” (2011)

Legal 500
“A technically excellent silk. He can break down and explain complex principles in a very client-friendly way.” (2022)
“A calm presence who is highly intelligent.” (2021)
“He has impressive intellect and reassuring calmness.” (2020)
“He is clever, measured and calm, with excellent legal analysis.” (2019)
“He has excellent knowledge and provides a very high level of service.” (2017).
“An IP guru who is seriously impressive on his feet.” (2016)
“Provides excellent advice and explains matters to clients free from legal jargon.” (2015)
“He has a real ability to get under the skin of very complex problems and understand the real issues.” (2015)
Nicholas Caddick QC has “an excellent courtroom manner.” (2013)

Chambers Global
Dispute Resolution: Nicholas is commended for his “strong ability, excellent presentation and superb judgement.”  Commentators assert that “there is little he doesn’t know about insolvency law.” (2012)

Pixdene v Paddington [2020] 11 WLUK 397 – case regarding the scope of pre-action disclosure in relation to a proposed claim for character merchandising licence fees.

Musion Events Ltd v Maass [2018] – arbitration concerning ownership of various patents and trade marks and claims for breach of contract and for breach of fiduciary duty.

Hussain v. Hussain (2016-2017) – litigation between former business partners as to the right to use the name “Nawaab” in relation to restaurants and banqueting facilities.

Personal Management v Gee7 (2016) – acting for claimant in relation to issues of jurisdiction and service arising in a copyright infringement case.

A v B (2015-2016) – advising a major fashion house with regard to contractual and trade mark issues arising from a licence agreement with a major cosmetics house.

Victoria Plum v Victorian Plumbing (2015-2016) – litigation over whether the use of a rival’s supplier’s name as a Google AdWord amounted to an infringement of trade mark.

Re C (2015) – advising a major retailer on the impact of contractual restrictions on the use of its own name as a brand for particular types of products.

Re M [2014] – advising in relation to the construction of various contracts and as to the effect of insolvency in relation to title to patents UK and EU trade marks and domain names.

America’s Collectibles Network v. The Genuine Gemstone Company (2014) – acting as an expert on UK law for the purpose of US proceedings relating to the proper construction of the sale agreement of a business involving patents.

Getronics v P&O Ferries Holdings (2013-2014) – acting for a supplier in relation to disputes arising in relation to a multi-rnillion pound IT outsourcing agreement.

Branston v Anglia Business Solutions (2014) – acting for the customer in a claim for alleged breaches of an IT supply agreement.

F v G (2013) – advising in relation to a dispute over data protection issues arisrng under a franchise agreement between airlines.

[Various] v British Airways (2013) – advising various employees of BA in relation to claims of breaches of confidence and of the Data Protection Act against BA.

J v K – acting for an employee seeking disclosure under the Data Protection Act of data held by the employer.

Ramsay v Stewart (2013) – acting for the defendant in a claim of breach of confidence: issues as to the taking of video evidence.

Robert Welch Designs v Welch (2013) – acting for a design house in disputes concerning ownership of its designs issues of the control of the company and allegations of unfairly prejudicial conduct in its management.

Customplay Games v Baker (2012) – acting for the former employee/directors of a company in liquidation in relation to claims as to the ownership of copyright in computer games software written by them.

Suzuki Gti (2012) – advising on the trade mark issues arising in relation to Volkswagen‘s appeal to the General Court over use of the GTi label on cars.

Ghost Brand Ltd v OHIM (2011) – acting for the appellant in proceedings in the General Court over ownership of a trade mark.

C Plc v P (2006) – acting as Advocate to the Court in a case concerning the privilege against self-incrimination in the context of search orders. See also O Ltd v Z (2005).

Badfinger Music v Evans (2002) – acting for a musician asserting an equitable right to remuneration for work done on recordings despite being in breach of fiduciary duty.

Attorney General v Times Newspapers Ltd (2001) – acting for the Attorney General in the Court of Appeal in relation to the scope of undertaking in confidential information cases.

Photographer v Art Gallery – acting for a well-known concerning the entitlement to and the payment of royalties in respect of sales of photographs.

A v B – acting for an individual in a negligence claim against a conveyancing solicitor.

C (airline) v D – acting for an airline in regard to enforcement action by the Sheriff and a dispute concerning televisation of the event.

Elmbid v Burgess (2013) – appearing in the High Court in a contractual dispute raising issues relating to notices to complete and certificates of practical completion.

Imtech v Allot Communications (2012) – acting for the supplier in winding up proceedings arising from a contractual dispute.

Robinow v Sheikh Mohammed (2012) – acting for the vendor of a valuable coin collection in a contractual dispute: issues of jurisdiction and of service overseas.

Fortune v Wiltshire Council (2012) – acting for claimant in the Court of Appeal in relation to a claim to highway rights over a road.

Re Minrealm (2012) – acting for the respondent in Companies Court proceedings concerning the valuation of shares.

HMRC v Lloyd Webber (2008-2009) – Acting for HMRC in a test case regarding gift aid relief and raising important Issues as to the proper approach to the valuation of assets.

Alkin v Raymond (2010) – acting for the executors/trustees in an action challenging their actions and seeking their removal from office.

Child Maintenance and Enforcement Commission v Beesley (2010) – acting for the Child Support Agency in a test case in the Court of Appeal over the treatment of arrears of child maintenance in insolvency situations.

Nelson Dance Family Settlement v HMRC (2008) – acting for HMRC in a test case over the availability of business property relief from Inheritance Tax.

Department of Environment v Feakins (2007) – appearing for the Department of the Environment in the Court of Appeal in a case concerning the scope of the right to set aside transactions defrauding creditors under s. 423 insolvency Act 1986.

Re Huddersfield Fine Worsteds (2005) – acting for the Department of Business and Regulatory Reform in a test case in the Court of Appeal over the treatment of debts owed to employees when a company enters into administration.

Scottish Windows Plc v Tripipatkul (2004) – acting for a landlord seeking to obtain payment of rent arrears from a surety under a lease.

Green v Lord Somerleyton (2004) – appearing in the Court of Appeal for a landowner resisting claims for damage caused by water: rights of drainage: nuisance by flooding.

Hale v Norfolk County Council (2001) – acting for a landowner in the Court of Appeal resisting attempts by the Local Authority to treat part of her land as a highway.

He has professional indemnity insurance provided by the Bar Mutual Indemnity Fund (BMIF Ref: 2190/014). Please refer to the BMIF website for full details of the world-wide cover provided, and the BMIF’s contact details.

Nicholas is married with two children and lives in Hampshire.
He is a keen horse rider and a (now) occasional rugby player. He also plays cricket (pretty badly).