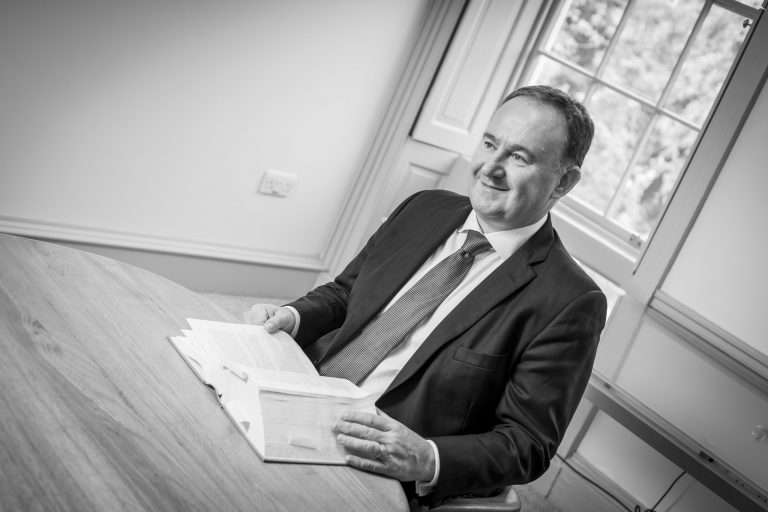 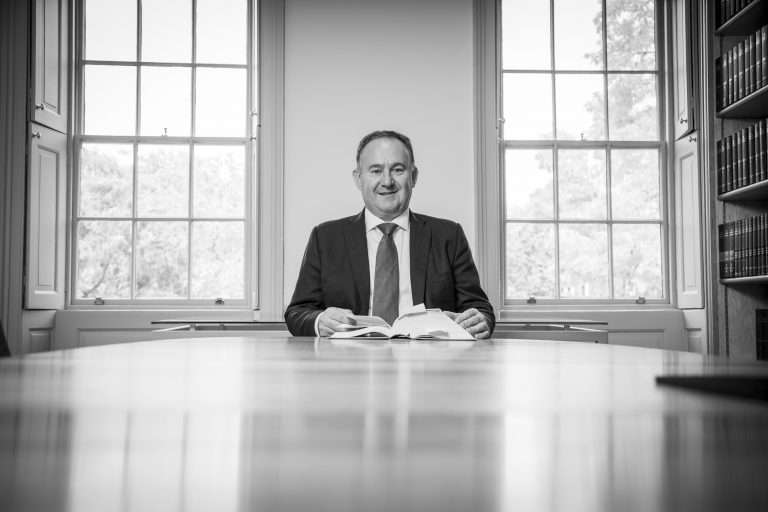 “Jeremy is a very user-friendly KC. He is knowledgeable, picks things up very quickly and forms a good rapport with the client.” Chambers and Partners 2023

“Jeremy is knowledgeable, quick to assimilate information, and extremely good at engaging with clients – outstanding to deal with.” Legal 500 2023

“He is really intelligent and strong on the details.” “He has a good reputation in the crossover between media and intellectual property.”  Chambers and Partners 2022

“He is immensely intelligent and extremely personable.”  Chambers and Partners 2020

“A hard-working and very smart barrister who always comes up with a viable solution to a tough legal problem.” ​ Chambers & Partners 2019

“He’s a scholarly barrister who always thinks outside the box and is results-driven.”​ Chambers & Partners 2018

“He is very clever, hardworking, dedicated, concise and innovative.’’Legal 500 2017

“He is very sharp, very measured and clients like him.” “He is extremely knowledgeable, very approachable and easy to work with.” Chambers & Partners 2017

Jeremy is an experienced intellectual property litigator.  He is regularly instructed in disputes involving trade marks, copyright and designs, and patents.  Jeremy has particular experience of a wide range of breach of confidence disputes, often involving a technical subject matter or electronic interception of confidential information.  He brings a detailed and forensic approach to cases.

The phone hacking litigation has involved a number of contentious interim applications that have included the scope of the Norwich Pharmacal jurisdiction, public interest immunity, scope of redactions, reporting restrictions, and numerous applications for non-party disclosure.  In 2012 Jeremy successfully appeared in the Supreme Court on a point concerning the privilege against self-incrimination in relation to intellectual property claims.

Jeremy’s other specialisms include the following:

He has also been instructed in professional negligence claims defending patent and trade mark attorneys.

Chambers & Partners 2023
Defamation & Privacy: “Jeremy is a very user-friendly KC. He is knowledgeable, picks things up very quickly and forms a good rapport with the client.”

Chambers & Partners 2022
Intellectual Property: “He is really intelligent and strong on the details.” “He has a good reputation in the crossover between media and intellectual property.”
Defamation & Privacy: He has a very good manner in court.”

Chambers & Partners 2020
Intellectual Property: “I really enjoy working with him as he is extremely responsive, commercial and practical in his outlook.”
Defamation & Privacy: “He was responsive, imaginative, and very helpful in an urgent and confidential matter.”

Chambers & Partners 2019
​Intellectual Property: “Reassuring and really impressive on the detail. He’s a massive team player and easy to work with.” “A hard-working and very smart barrister who always comes up with a viable solution to a tough legal problem.”
Defamation & Privacy: “Exceptionally bright. He provides commercial and strategically astute advice.” “Detailed and precise. He is so prepared and thinks outside the box.”​

Chambers & Partners 2018
Intellectual Property: ​“He is a very thorough, knowledgeable and effective advocate.”
Defamation & Privacy: “He’s a scholarly barrister who always thinks outside the box and is results-driven.”

Chambers & Partners 2017
Intellectual Property: “He is very sharp, very measured and clients like him.”
Defamation & Privacy: “A pleasure to work with. He is extremely knowledgeable, especially in relation to phone hacking. He is very approachable and easy to work with and really knows what’s going on.”

Chambers & Partners 2016
​Intellectual Property: ​”Resourceful and has good tactical as well as legal skills.”  “He is very approachable and committed to working in a collaborative way with both the solicitor and the client.”
Defamation & Privacy: “He is great on technical work, he really knows his stuff and is good to deal with.”  “Clients really like him – he has a very charming style.”

Chambers & Partners 2015
​Intellectual Property: ​” Incisive and approachable.”
Defamation & Privacy: “He always has a fantastic grasp of the facts, the law and the procedure.”  “It’s very clear the court has a lot of respect for him,.”

Chambers & Partners 2014
Intellectual Property: Jeremy “has been much in demand of late and has built a fine reputation for privacy and confidential information work. This includes high-profile phone hacking cases, featuring clients such as Steve Coogan and Paul Gascoigne. He is also an experienced hand in other soft IP areas.”
​Defamation & Privacy: “Has an impressive reputation for his expertise on privacy matters. He has spent a considerable amount of time working on the News of the World phone hacking claims. His work on and in developing the claims in the phone hacking litigation has been outstanding. He’s a very nice man, who is hard-working and bright.”

Chambers & Partners 2013
​Intellectual Property: Jeremy is “very good under pressure,” and is instructed on a range of soft IP matters.

Chambers & Partners 2011
Jeremy “provides practical and sound advice” and has, of late, been instructed on cases involving breach of confidence and privacy issues.

Legal 500 2016
Media & Entertainment: “Excellent with clients and on top of the issues.”
Defamation & Privacy: “Exceptionally bright and very methodical.”

Permavent Ltd v. Makin [2017] EWHC 2077 (Pat) – Getting an interim injunction in a patent entitlement dispute, which required us to pay the defendant a quarterly fee as the price for the injunction

(2017) Acting for a religious organisation in a multi-disciplinary dispute with the Charity Commission, with issues including copyright infringement and privacy.

(2017) Acting for a company in a claim for trade mark infringement and passing off against a large supermarket chain.

(2016) Acting for a group of leading global software companies in a copyright infringement and licensing dispute.

Michael Flatley v. FameFlynet (2016) – Acting for a photo news agency against the well-known Irish dancer in respect of syndication of various photographs of Mohammed Ali taken shortly before his death.

Halfords Media v. Ponomarjovs [2015] EWHC 2892 (Ch) – Committal proceedings against an ex-employee for various breaches of an interim injunction.  Associated judgment of 2nd October 2015 permitting the claimant to rely upon the defendant’s without prejudice communications on the basis that it was a cloak for unambiguous impropriety.

GO Outdoors v. Skechers [2015] EWHC 1405 (Ch) – Successfully acted for Skechers as respondent to appeal from IPO – whether trade marks GO WALKING and GO RUNNING were distinctive of the retailing of clothing/footwear.

(2016) Acting for a major cryptocurrency entity in respect of various IP, IT and privacy matters.

Softlanding Systems Inc. v. KDP Software Ltd [2010] EWCA Civ 1172; [2010] EWHC 326 (TCC) Successfully acted for KDP (leading Tom St Quintin) in a 14-day trial in the TCC concerning a software distribution agreement (middleware for the AS/400). The Court of Appeal considered discrete points about the entitlement to terminate the contract, and the credibility of two witnesses.

Various Claimants v. Mirror Group Newspapers (MGN) – acting for Claimant Group in the 2nd wave of the managed litigation against MGN, and acting individually for numerous Claimants including Lord Archer and Michael Barrymore.

Hurst v. News Group Newspapers and others – Acting for Ian Hurst (a former military spy / agent-runner) in an email interception claim against News of the World, involving multiple non-party disclosure applications against the Metropolitan Police.

Maajid Nawaz v. Reuters plc (2017) – Acting for the Claimant for libel and data protection breaches in respect of his inclusion in the WorldCheck database.

Shobna Gulati and others v. MGN Limited [2015] EWHC 1482 (Ch) – Acted for all 8 claimants in the phone hacking test case against the Mirror group.  Judgement addressed the nature of general damages, and the methodology for assessing the quantum of damages, in misuse of private information claims involving multiple torts over a period of time.  The 8 representative claimants were awarded general damages of circa £1.25 million in aggregate (led by David Sherborne).

Ecclestone v. Khyami [2014] EWHC 29 (QB) – Acted for Tamara Ecclestone in a claim for misuse of private information, harassment, conversion of a Lamborghini Aventador, and damages under a cross-undertaking (led by Hugh Tomlinson QC, and by Paul Lowenstein QC).

A v B & C (Flitcroft) [2003] QB 195 – Interim injunction appeal to the Court of Appeal (led by Alastair Wilson QC) acting for a premiership footballer engaged in extra-marital affairs, at a stage when privacy law was in its infancy in this jurisdiction.

Phone hacking litigation –  Jeremy was instructed as co-counsel on behalf of the claimants in all the voicemail interception litigation, first against NGN / News of the World (known as MTVIL – the mobile telephone voicemail interception litigation), and more recently against MGN / Sunday Mirror, Daily Mirror and the People (known as MNHL – the Mirror newspapers hacking litigation).  Jeremy was instructed at trial in March 2015 (led by David Sherborne) on behalf of the 8 representative claimants as test cases for damages for phone hacking and other misuses of private information.

Jeremy was sole counsel in the first ever phone hacking cases, for Gordon Taylor (2007-2008) and Max Clifford (in 2009-2010), and has subsequently acted for many others including Paul Gascoigne, Steve Coogan, Sky Andrew, Alastair Campbell, George Galloway, Estate of Jade Goody, Kerry Katona, Sven Goran Eriksson and Charlotte Church.

Society for Computers and Law

He has professional indemnity insurance provided by the Bar Mutual Indemnity Fund (BMIF Ref: 2190/049). Please refer to the BMIF website for full details of the world-wide cover provided, and the BMIF’s contact details.