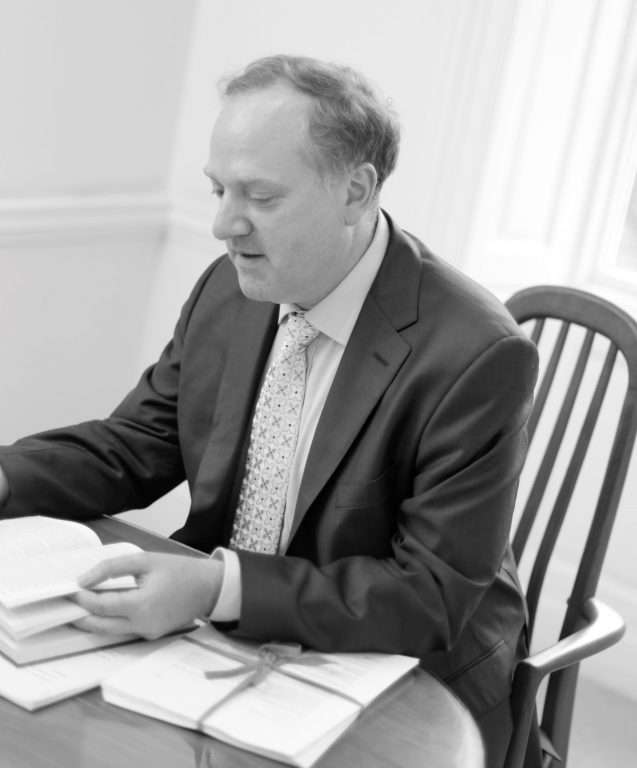 “His manner with the judge was excellent. His use of analogies was excellent, and built up the light-bulb moment for the judge. He is really pragmatic.” “Highly thought of and clever in the patent space.” Chambers & Partners 2022

“He is creative, has a very strong intellect and is good at cutting through excessive verbiage to get to the point.”  Legal 500 2020

“He puts in the time and effort and leaves no stone unturned.”​ ​ Chambers & Partners 2019

“He is extremely thorough and prepared to go the extra mile.”​  ​Chambers & Partners 2018

“He is very helpful, pragmatic and clients have a huge respect for him.”  “He is a very user-friendly and very knowledgeable in the IP arena” Chambers & Partners 2017

Richard specialises in all aspects of intellectual property law with a particular emphasis on patents.  His clients benefit from his unique background, first as an electrical engineer and later as a Chartered and European Patent Attorney. Richard is acknowledged as one of the leaders in his field.

Richard’s patent practice encompasses a diverse range of technologies. These include his specialist field of electronics in addition to mechanical engineering, chemical engineering together with some pharmaceutical and biochemical work. He has particular expertise in the telecommunications sector having advised such giants as Apple, LG Electronics, Nokia, Motorola and Symbian. Recently he has represented the UK Government in the Pregabalin litigation concerning second medical use claims.

His dual qualification as a European Patent Attorney has resulted in him appearing frequently before the European Patent Office. Notable successes include acting for Zipher in respect of patents which had been revoked by the UK courts.

He has particular expertise in cases involving patent and trade mark attorney practice both before the UK IPO and the EPO. This includes unusual and complex areas such as judicial review of IPO decisions made as an International Receiving Office, restitution and actions concerning attorney negligence.

Richard is equally at home with the other intellectual property rights and has carved a niche in designs and ‘difficult’ copyright cases.  He is one of the few counsel to have appeared before the CJEU (General Court) on a designs matter and one of the very few to have appeared before the UK Registered Designs Appeal Tribunal. He has been involved in a number of cases which have pushed the boundaries of what is protectable under the law of copyright and database rights.

In addition to his IP practice, Richard also advises on a multiplicity of IT matters, in particular in relation to contractual issues involving a technical aspect, the licensing of IP rights and software copyright.

Richard is one of the general editors of the Black Book (CIPA Guide to the Patents Acts). He lectures and tutors regularly on IPRs to patent and trade mark attorneys and solicitors. He is a visiting lecturer of CEIPI on the European patent litigation diploma.

Chambers & Partners 2022
“His manner with the judge was excellent. His use of analogies was excellent, and built up the light-bulb moment for the judge. He is really pragmatic.” “Highly thought of and clever in the patent space.”

Chambers & Partners 2020
“A very clever lawyer who is good technically in our area.” “He provides sound advice and representation.”

Chambers & Partners 2019
“I was extremely impressed with his oral advocacy – he was extremely well prepared for the hearing and presented a difficult case very well.”  “He puts in the time and effort and leaves no stone unturned.”

Chambers & Partners 2018
“He is very good on the details, has an excellent technical background and never shies away from giving difficult advice.”  “He is extremely thorough and prepared to go the extra mile.”

Chambers & Partners 2017
“He is very helpful, pragmatic and clients have a huge respect for him.”  “He is a very user-friendly and very knowledgeable in the IP arena”

​Chambers & Partners 2016
​”Has an excellent grasp of technical subject matter.”  “Extremely easy to work with, he’s client-focused and very practical.”

Chambers & Partners 2015
​”An excellent junior, who is incredibly hard-working, responsive and conscientious.”

Chambers & Partners 2014
“A strong patent practitioner who has a particular emphasis on electronics cases. Sources attribute his superb knowledge of the law in that area in part to his being a qualified patent attorney.”

Chambers & Partners 2013
“Richard Davis specialises mainly in patents, although he is also a formidable expert on design rights. He is fairly unique in that he is a qualified UK and European patent attorney, and he is also a leading authority on questions of inherent patentability. Solicitors find him a natural choice for European Patent Office proceedings.”

Chambers & Partners 2012
“Richard Davis has that “great scientific knowledge” that proves such an advantage to a patent specialist. He has particular expertise in matters relating to electrical engineering, having worked in that field before being called to the Bar. Recently, he represented Motorola in a series of patent infringement and validity cases against Research in Motion.”

Chambers & Partners 2011
“Richard Davis is “excellent for patent work” and has “great experience of appearing in highly technical cases involving electronics and software.”

Legal 500 2021
‘”Quickly arrives at the heart of the issues and is incredibly bright.”

Legal 500 2020
‘”He is creative, has a very strong intellect and is good at cutting through excessive verbiage to get to the point.”

Legal 500 2015
“He is reliable and client-focused, and has an excellent grasp of technical subject matter.”

Legal 500 2013
Richard Davis has “a strong technical understanding of software and electronics.”

“is recommended for his patent and designs expertise in particular, but he is comfortably at home on complex trade mark disputes”.

​Richard is regarded in Who’s Who Legal 2015

Richard has a first degree in engineering from Cambridge University and joined Marconi as a digital design engineer after graduation.

After his initial training as a barrister, he spent 5 years with a leading firm of patent attorneys in London. During that period he worked predominantly in the electronics and software fields.

RegenLab v Estar Medical & others – substantial patent trial on a preparation method for platelet rich plasma including disputed prior sales of the product.

Meter-Tech Llc & Anor. v British Gas Trading Ltd [2016] EWHC 2278 (Pat) – Patent action concerning smart meters, where the Court held that a large scale use could be within the experimental use exception but had to relate to the subject matter of the invention.

Schenck v Universal Balancing [2012] EWHC 1920 (Pat) – Patent trial (without a leader) including substantial allegations of prior user and an unusual s62 defence.

Wagner v Earlex [2012] EWHC 984 (Pat) – Patent trial (without a leader) including a prior use allegation relating to display at an exhibition.

Re Hartington Conway’s patent [2004] RPC 6 & 7 – An entitlement dispute which ultimately turned on an estoppel point and subsequent appeal to the High Court.
Patents (EPO)

Re EP ‘040 – Opposition Division hearing including the taking of evidence on prior user allegations.

J 18/09 – Legal Board of Appeal concerning PCT / EP interface and the possibility of entering EP national phase via a divisional application (to permit prosecution of unsearched subject matter).

T 439/06 [2007] OJEPO 491 [2008] EPOR 8 – Potentially landmark EPO Technical Board of Appeal proceedings concerning the application of the principle of proportionality in restitutio proceedings.

Re: EP ‘375 and others – Represented the patentee upholding the validity of four electro-mechanical patents previously held invalid by the UK courts.

Re: EP ‘513 – Opposition Division concerning an electronics patents alleged to lack novelty / inventive step on the basis of prior use which involved extensive examination of witnesses.

Advanced Perimeter Systems v Keycorp (MultiSys) [2012] RPC 14, 15 – Appeal to the Appointed Person concerning the date of assessment of goodwill and subsequent decision on fall back positions before an appellant tribunal.

Ningbo v Stabilo T148/08 – Successful appeal to the Court of First Instance re the scope of provisions under the Design Regulation to invalidate registered designs on the basis of earlier trade mark use.

Telepharmacy Solutions Trade Mark [2006] ETMR 10 – Trade mark hearing before the Court of First Instance of the European Court of Justice.

He has professional indemnity insurance provided by the Bar Mutual Indemnity Fund (BMIF Ref: 2190/031). Please refer to the BMIF website  for full details of the world-wide cover provided, and the BMIF’s contact details.

In his spare time Richard enjoys flying light aircraft and fiddling with (and occasionally driving) his TVR.