Prof John N (Norman) Adams, who died on 14 April 2012, is a great loss to copyright law. He was a former Chairman of the British Literary and Artistic Copyright Association and remained a member of BLACA’s Advisory Board until his death. His contributions are warmly remembered. In the 1990s he was Director of the Intellectual Property Institute (formerly CLIP). 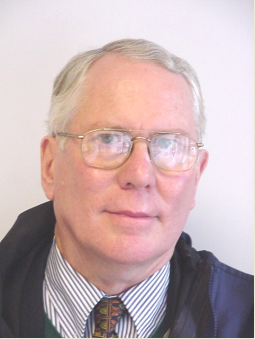 John Adams grew up in Northeast England and studied law at King’s College Durham (later Newcastle University). He initially qualified as a solicitor and later went to the Bar, eventually practising from Hogarth chambers. However, John is especially remembered for his academic scholarship. He spent significant portions of his academic life at the University of Sheffield, first as a lecturer and later as Professor of Intellectual Property law until his retirement. Between spells at Sheffield, he was at the University of Kent, where he was instrumental in setting up the LLM in international commercial law. He left a chair in commercial law to return to Sheffield. At Sheffield, John Adams was influential in the establishment of the library’s collection of intellectual property materials and the founding of the Intellectual Property Quarterly. After retirement from his full time chair at Sheffield (where he was emeritus professor from 2005), he was adjunct professor at Notre Dame University’s law programme in London. He acted as convenor of the IP section of the Society of Public Teachers in Law (now Society of Legal Scholars).

John Adams was renowned as a scholar of copyright law, and intellectual property in general, contributing on trade marks to the Encyclopedia of Forms and Precedents and to works on patents. He was also highly regarded in commercial law circles, especially at the intersection with intellectual property. He was founding author of Adams, Prichard-Jones and Hickey’s ‘Franchising’ and of ‘Merchandising Intellectual Property’ and was involved in preparation of the 7th and 8th editions of Schmitthoff’s Export Trade. Latterly he edited Atiyah’s Sale of Goods with Prof Hector MacQueen. A generation of law students has enjoyed the insights of John Adams’ and Roger Brownsword’s ‘Understanding Contract Law’ and ‘Understanding Law’. His bibliographies of 18th and 19th century legal literature enriched legal history.

John Adams’ love of music (and opera in particular) was legendary. He was a keen walker and described the joys of living in Sheffield with access to the moors. A succession of elegant folding bicycles accompanied him on his travels. His wit, patience and encouragement will be remembered with affection.