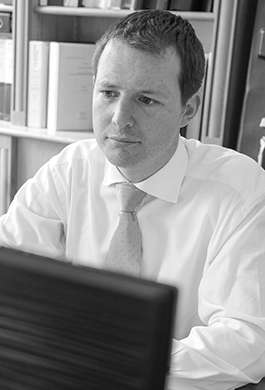 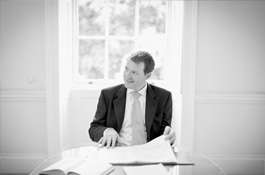 “He ticks every box you would want – he is responsive, a super advocate and very bright.” Chambers & Partners 2020

“Nothing is ever too much trouble for him. He has great technical knowledge and is very measured and assured on his feet.” ​ ​Chambers & Partners 2019

“He is responsive, thorough, logical and committed to the fight.” “He is very bright, approachable and a pleasure to work with.”  Chambers & Partners 2018

“His written work is superb, as is his tactical and commercial approach in court.” “He’s extremely bright and prepared to roll up his sleeves to get the job done.”  Chambers & Partners 2018

Tom specialises in intellectual property, media and entertainment.  He has been instructed in cases in the Court of Justice of the European Union and the General Court, and has successfully appeared as the sole advocate in each of the Court of Appeal, High Court, Intellectual Property Enterprise Court, and in the UKIPO.

His practice covers all areas of IP law, and is fairly evenly split between patents, trade marks, copyright, designs and confidential information cases (both technical and those involving privacy).  He is a co-author of the Modern Law of Trade Marks, of Intellectual Property in Europe, and is a contributor to Copinger and Skone-James on Copyright.

Before coming to the Bar, Tom was a Senior Scholar of Trinity College, Cambridge where he read Natural Sciences, specialising in Materials Science and Metallurgy, then (after 5 months spent skiing and 4 working for a bank) studied the Cambridge Engineering Department’s unique Advanced Course in Design, Manufacture and Management. After that, he then worked for three years as a technical consultant at Cambridge Consultants Limited, a leading technology and innovation company, where he designed drug delivery devices, medical diagnostic equipment and novel domestic appliances.

As a result of this background, Tom understands commercial objectives and has experience of a very wide range of technologies, giving him an ability to rapidly assimilate and understand new areas.

Chambers & Partners 2019
​Intellectual Property: “Nothing is ever too much trouble for him. He has great technical knowledge and is very measured and assured on his feet.” “He is a good writer of opinions and developer of strategies.”​
Media & Entertainment: “He’s excellent on paper and is a very persuasive advocate.”

Chambers & Partners 2018
Intellectual Property: “He is responsive, thorough, logical and committed to the fight.”  “He is very bright, approachable and a pleasure to work with.”
Media & Entertainment: “His written work is superb, as is his tactical and commercial appraoch in court.”  “He’s extremely bright and prepared to roll up his sleeves to get the job done.”

Chambers & Partners 2017
Intellectual Property: “He ticks all the boxes – he is technically outstanding, responsive, approachable, commercial and clearly has a razor-sharp mind. He understands the principles of client service and helps solicitors deliver exceptional service to their clients.” “He is very thorough, always thinks very commercially, and is very bright. He makes things clear for clients and puts them at ease.”
Media & Entertainment: “He is extremely bright and prepared to roll up his sleeves to get the job done.”

Chambers & Partners 2014
Thomas St Quintin “has a broad IP practice and a range of experience across both hard and soft IP. Regularly undertakes cases in the Patents County Court and has acted as junior counsel in the Court of Appeal. He is an extremely capable, astute barrister. He’s a very clever fellow with a high level of commercial nous.”

Chambers & Partners 2013
Thomas St Quintin is a talented up-and-coming junior who is building a strong practice across the spectrum of IP litigation. He has recently been instructed on a major computer copyright case in the High Court and the Court of Appeal, and also acted on the high-profile dispute between the FA Premier League and QC Leisure over the use of the use of overseas satellite decoder cards.

Legal 500 2020
Intellectual Property:  “A great go-to for trade mark work, he is very careful and precise in his work.”

Legal 500 2019
Intellectual Property: “He is a great, go-to advocate for trade mark work.”

Legal 500 2016
​Intellectual Property: “His advice in relation to both strategic and legal issues is clear and helpful.”

Legal 500 2015
​Intellectual Property: “Good at thinking on his feet and explaining issues in a client-friendly manner.”

Legal 500 2014
​Intellectual Property: “Very good at spotting points that others might have been missed.” [sic!]

World Trade Mark Review 2017
“Tom St Quintin “thinks through all the issues in a very level headed way” and is “simply very effective”.

Tom specialises in all areas of intellectual property and in media and entertainment law. He has been involved in patent disputes about mobile phones, LEDs, and simpler technologies, trade mark, passing off, copyright, registered and unregistered designs, IT and computer contract disputes, cases about confidential information, cases about database rights, disputes between performers and their agents, managers or labels, and defamation cases.  He has been instructed in cases in the Court of Justice of the European Union and the General Court, and has successfully appear as the sole advocate in each of the Court of Appeal, High Court, Intellectual Property Enterprise Court, and in the UKIPO.

Vision Critical v Future Route (2012 – settled during trial) – Junior counsel for the Claimant, led by Alastair Wilson QC,  in a patent infringement and validity dispute concerning a patent for a computer implemented invention for extraction of data from accounting databases.

TIP v Motorola [2010] – Assisting as a junior counsel for the Defendants in this patent dispute concerning mobile phone GPRS data.  Settled on the eve of trial.

LB Europe v Smurfit [2007] EWCA Civ 933 – Junior counsel in an appeal on infringement of a patent for wine-box taps.

Alfrank Designs v Harveys and anor [2015] EWHC 1372 (IPEC) – Counsel for the claimant in a claim for designs infringement in various items of furniture.  Liability settled shortly before trial.  The Claimant recovered a six-figure sum, and its costs, on a damages enquiry.

Thelma Madine and Anor. v. Leanne Phillips and Anor. – acting for the Claimant in the IPEC with regard to a design right and passing off case in regard to dresses and figurines.

Hipperholme v Lightcliffe Day Nurseries Ltd – a defamation action with regard to negative social media use and communications to defame a business.

Afsana Lachaux v Bruno Lachaux & Anor. – a matter in the Queen’s Bench Division acting for the Defendants in a breach of confidence/privacy action.

Phonographic Performance Limited v Miller– Acting for the Claimant in an application for committal for breach of court order for playing music in a public place without licence.

Atelier Eighty Two Ltd v Kilnworx Climbing Centre CIC [2015] EWHC 2291 (IPEC) – Counsel for the Claimant in a copyright claim, turning on the ownership of copyright in logos used by a climbing centre.

Akhtar v Bhopal Productions (UK) Ltd [2015] EWHC 154 (IPEC); [2015] F.S.R. 30 – Counsel for the principal defendants in a claim alleging ownership and infringement of the copyright in a feature film.

Seven Arts Entertainment Ltd v Content Media Corp Plc [2013] EWHC 588 (Ch) – Junior Counsel for the Claimant, led by Guy Tritton, in a summary judgment application relying on issue estoppel in respect of ownership of the copyrights in a collection of films.

The Saturdays v Maximum Artist Management (settled) [2012] – A dispute between the successful girl-band and their former management.

Football Association Premier League Ltd v QC Leisure [2008] FSR 32 and CJEU Case 403/08  – Acting as a junior counsel for the Defendants both in the Chancery Division and the CJEU in a case concerning the use of overseas satellite decoder cards under the Conditional Access Directive, numerous alleged copyright infringements in the broadcasts of Premier League football matches, and related competition issues.  The Advocate General’s opinion is expected on 13 January 2011.

Yoshida Metal Industry v OHIM – Appeal to the CJEU (Luxembourg) –  a case regarding registration of the trade mark for decorated handles of the well-known “Global” range of kitchen knives.

The National Guild of Removers and Storers Ltd v. Statham (t/a Marubbis Removals & Storage) [2014] EWHC 3572 (IPEC) – Counsel for the defendant in a damages enquiry following admitted acts of passing off.  The court was pesuaded not to follow earlier decisions awarding the claimant considerably higher sums in damages.

The National Guild of Removers and Storers Ltd v Milner (t/a Intransit Removals and Storage) & Ors [2014] EWHC 670 (IPEC), [2014] F.S.R. 38 – Counsel for the successful defendant in a registered trade mark, passing off and copyright infringement matter, which turned on whether or not the defendant had authorised publication of the Claimant’s logos.

Shorinji Kempo Unity v British Shorinji Kempo Federation [2014] EWHC 285 (Ch) – Acting for the appellant in an appeal from the UK IPO to the High Court.  Genuine use was held proven (contrary to the findings of the hearing officer) but the appeal failed on likelihood of confusion.

Redwood Tree Services Limited v Aspey [2011] EWPCC 14 – Counsel for the successful claimant in this passing off case in the Patents County Court.

Agilitise Ltd Trade Mark Application – Appointed Person O-489-15 Acting for the respondent in an appeal of a s.5(4)(a) opposition, in which allegations about the propriety of the hearing officer’s conduct of the opposition were raised.

Clevercat Productions Ltd Registration – Appointed Person O-049-15 – Acting for the respondent in an appeal of an opposition decision turning on proper reasons for non-use of the registration.

Cranleys Partnership v Cranleys Solicitors – Appointed Person O-354-14 – Acting for the successful appellant in an appeal of an invalidity opposition and related opposition.

Sumitomo Chemical Company Limited v Syngenta Limited – Appointed Person O-326-14 – Acting for the successful respondent in an appeal of a decision in a s.5(2) opposition.

Appetite Trade Mark – Appointed Person O-275-11 – Acting for the successful appellant in an appeal from a trade mark opposition.

King Power Investments Limited v London Film Finance Limited [2010] – An action to recover the trade marks of the “Patrick Cox” fashion house, misappropriated by a former director then subjected to restraint orders imposed on that director by the Serious Fraud Office.  Resolved without a trial.

He has professional indemnity insurance provided by the Bar Mutual Indemnity Fund (BMIF Ref: 2190/054). Please refer to the BMIF website for full details of the world-wide cover provided, and the BMIF’s contact details.

In 2015, Tom was appointed to the Attorney General’s “B” panel of counsel.

Tom has recently retired from playing rugby for Kings College Hospital RFC. He is an avid off-piste skier.